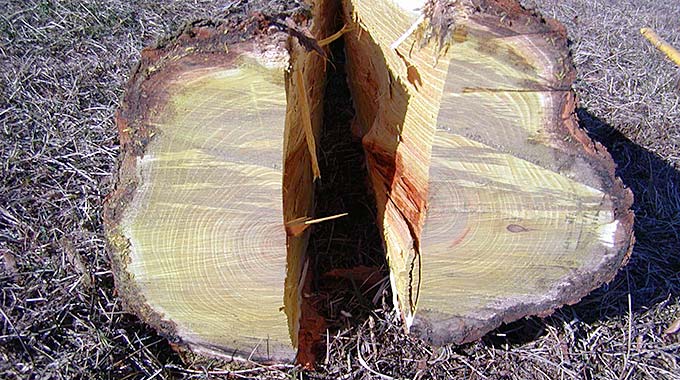 A straight Osage Orange log is like a log of gold to a selfbow bowyer. As you probably know, Osage trees don’t usually grow very straight, so finding a clean, straight one is a rare find. My friend Brent brought one over to my house this weekend for us to split into staves. It was about eight-to-10 inches in diameter at the base and almost perfectly straight! He cut it down on his farm in northern Boone County, Missouri, and he wants to make a bow out of it since it grew on his property. That’s pretty neat. If he doesn’t get one made, then hopefully I can make one for him. I hope to make one or two out of it, too. ;)