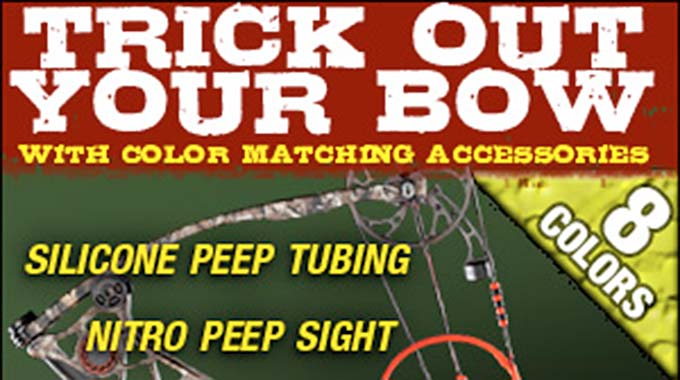 I’ve never been one to bash any form of archery. I love all types of bows. But, I just had to share this photo (at right). What has happened to “archery”? I mean, look at all of the stuff on this bow. I have to admit that when I first really got into archery and bow hunting in the 1980’s, I was into compound bows. When I was shooting compounds, I think that I had every type of gadget you could buy attached to my bow. I had a rubber baby buggy bumper string nock so my release aid wouldn’t pinch the arrow nock and break it. My bow had a kisser button, a dovetail sight with fiber optic, T-dot pins, an arrow rest, a cushion plunger, a sling for the grip, an arrow gripper to hold the arrow on the bow when waiting for a monster buck to come, some magic plastic string silencers, a peep sight on the string, and lots of dental floss to wrap all of this stuff onto the string. It also had a long, stabilizer rod that made the bow balance really nice when shooting, plus it looked like a ninja warrior special ops tool. Unfortunately, it came in a solid green color, so I made a template and spray painted it with a custom soggy bottom timber camo paint job design to match my bow.

When I got my first compound, I put a plastic flipper style arrow rest on it. I think it was call a “hunter supreme” or something like that…but it wasn’t cool enough…so I upgraded it to a spring-loaded “huntmaster 2000”. Very cool, and an even cooler name. The funny thing was, that new arrow rest wasn’t really an improvement. It had a bent metal launcher rod to hold the arrow against a cushion plunger, but the metal rod made the arrow squeal like a chased pig when I pulled it back, so I had to put some heat-shrink plastic coating on the rod to quiet down the metal for serious hunting.

I also got a pair of those teflon roller thingies to slide on the cable guard rod so it made the fast flight cables roll smoother than the friction plastic slider thingy that came with the bow. Very cool upgrade, but again, the funny thing about this was that the rollers were actually noisier than the friction slider. When the bow shot, they slammed home into their resting position and made a loud buzzing noise. I eventually took them back off of the bow and put the friction slider back on for hunting.

The dovetail sight came with four or five pins, which was supposedly for killing deer with pin-point accuracy clear out to forty yards. So, I put them all on and sighted them in for 10, 20, 30, and 40 yards. That was cool for shooting in the back yard where I knew the distance to the target. However, I soon discovered that they were pretty useless out in the woods where I had to guess the distance to the deer (pretty closely in fact) in order to select the right pin for the job. I killed a couple of deer with this bow, but shot all of them between 10 and 20 yards anyway. It seemed like each year that I took one of those pins off of the sight, eventually ending up with a single, 18-yard pin…the maximum distance you can shoot a deer without it “jumping the string.” This “downgrade” actually worked pretty well, because in order to kill something with the bow, all I had to do was wait for it to come within 20 yards, put the pin on it and pull the trigger of the release aid…lol.

I’m sure that I’m preaching to the choir with this post, because if you’ve already read this far you probably agree…that the simplicity of traditional archery is way more fun than shooting compounds with all of their professor gadget add-ons that have to be continuously tuned and adjusted. Shooting and hunting with traditional bows is just simple and fun. I have to admit, though, that one time I saw a really nice red and black Tomahawk longbow with a color-coordinated red and black, leather quiver while surfing over at the Leatherwall archery forum. I might have to duplicate that effort sometime. Otherwise, I’m just saying “no” to color-coordinated bow accessories!